The crowd walking up to the Scarborough Open Air Theatre might be quite mixed, the front rows are definitely of a much younger age with various flags and homemade messages hanging over the barrier as soon as those fans grabbed their spots front and centre in anticipation of headliners UK pop favourites Years & Years.

While the London electro-pop act might be a three-piece, as he struts down the back of the stage, it’s very clear that the star of the show is their frontman Olly Alexander. From flirting with a fan on the front row (and making the said fan cry), to gyrating around the stage, Alexander is an almost hypnotic watch. His bandmates probably know this hence how they sit at the back of the stage in the shadows effortlessly pumping out the band’s electro beats while their bandmate and frontman struts the stage getting fans from the front to the back dancing.

Hit single “Sanctify” kicks things off and while there is a distinct lack of male dancers that have surrounded the frontman during their opener in previous tours, the track is still electrifying. “Shine” from their debut album “Communion” follows this up while the likes of “Karma”, “Take Shelter”, “Eyes Shut” and “King”, have the young fans gathered around the front rows singing along.

It’s been a strange line-up at Scarborough so far this year but the addition of this London three-piece certainly made sure that pop fans got their fix. Before the show Alexandar told the venue’s official site that “it’s going to feel very glamourous and magical” and, for those fans, whether they’re from the LGBTQ+ scene the band passionately support or not, Years & Years lived up to their promise. 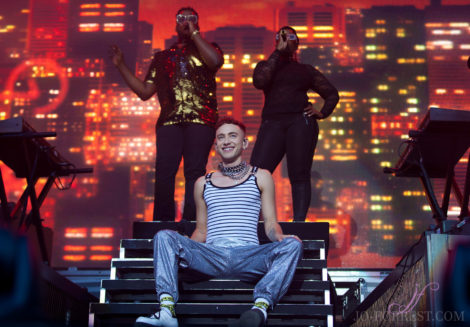 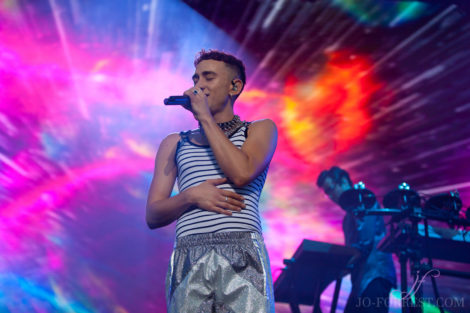 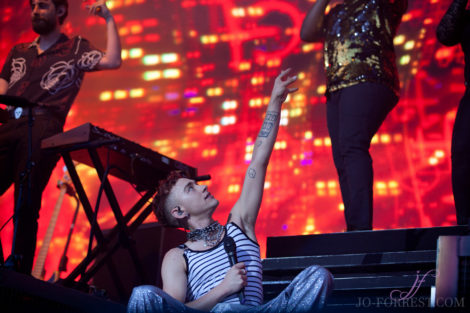