About twenty minutes into Vampires Rock! Ghost Train, writer and star of the show, Steve Steinman, looks at the crowd and laughs “it’s doesn’t get any better if I’m being honest.” However, with an easy to digest storyline running through it, a panto feel to the jokes and a soundtrack of classic rock anthems, quite frankly, nobody left the Echo Auditorium disappointed.

Vampires Rock crams a lot into over two hours of music and fun, to keep fans more than happy. The time seemed to pass quickly and certainly by the end of the night, the audience were up out of their seats and singing along to an incredible classic rock soundtrack. The crowd did seem a little lethargic in the first half, however, it didn’t take long before Steinman and Co worked up the crowd. It seemed, after a couple of beers during the interval, they couldn’t wait to get on their feet and show the world that, as Steinman howled, “Liverpool can rock!”. They did so to a plethora of rock anthems. These included gems from Bon Jovi, AC/DC, Bonnie Tyler, Alice Cooper and, a finale that saw Bat Out Of Hell shake the auditorium to its core.

Aside from the soundtrack, Vampires Rock has plenty to keep the crowd entertained. The storyline and the humour both have slightly panto feel to them, it’s got blood, it’s got sexy dancing girls and it’s got a baddie. While the jokes range from terrible to cringeworthy. Steinman and Co know all of this and, like the crowd, enjoy every moment of this brilliantly cheesy, 80’s inspired rock extravaganza. This is definitely a show you need to put on your bucket list of shows to see, if you haven’t already. 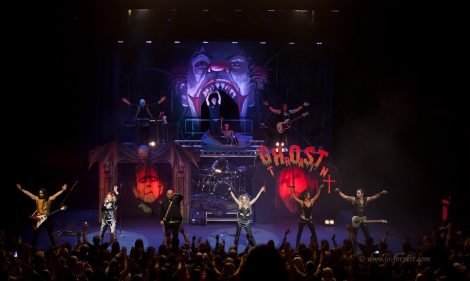 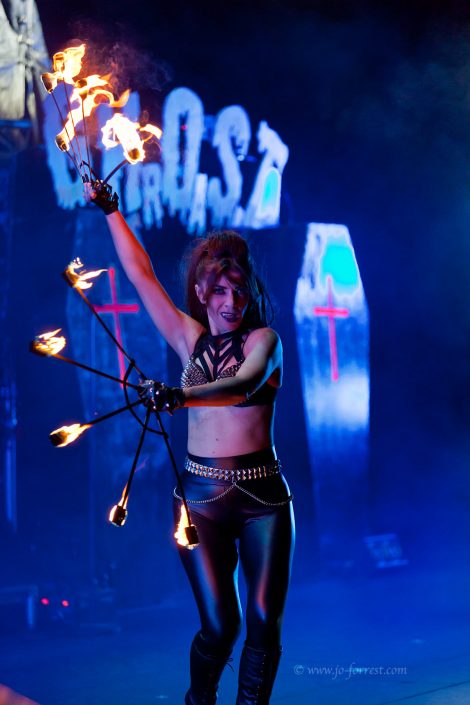 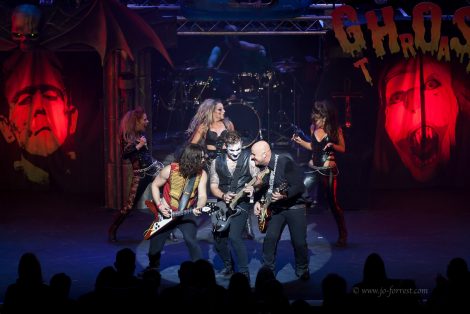