Having relocated to a new site on the outskirts of Sheffield, Tramlines organisers made sure the tenth anniversary of the festival went with a bang pulling out three massive headliners in the form of Stereophonics, Noel Gallagher’s High Flying Birds and Craig David’s TS5.

Following the tragic death of former director Sarah Nulty, there were plenty of tributes around the site including local boys Milburn who wore t-shirts screaming “Be More Nulty”. With glorious weather and a great mix of comedy and music, Tramlines 2018 was going to make sure it put on a weekend that their much-missed friend would be proud of. Elsewhere across the site, The Leadmill stage saw The Magic Gang and The Orielles warm-up punters for headliners Twickenham indie rockers Mystery Jets.

Now, it may have taken a little while to really get going but Milburn made sure that the Tramlines 2018 party got wild. Hugely popular with the young crowd, the Sheffield rockers are met by a shower of Wagon Wheels as they certainly get things warmed up for headliners the Stereophonics.

Fresh from their headline set on the coast at Scarborough Open Air, the Stereophonics strode out into the sunny Yorkshire sun with a confidence about them that only comes from being at home on stages this size. A suitable festival sized set-up is matched by a set of arena-sized rock songs including “Nice Day”, “Handbags and Gladrags” and “Dakota”. Big songs to end a big first day for Tramlines.

By the time we arrived on site at Tramlines, the sun was beating down on the early arrivers setting the tone for day two.

Saturday saw our first trek into the comedy tent and with the likes of Barbara Nice, Daisy Earl and Tom Stade providing a tent full of comedy fans with laughs, it was left to the familiar face of German headliner Henning Wehn to sign off the comedy stage after a hugely entertaining afternoon.

The rest of the day saw organisers wheel out some rising stars and big-hitters across all stages with the T’Other Stage hitting sunburnt punters with Brighton indie-pop quintet Fickle Friends bouncing through tracks from their “You Are Someone Else” disc while the hugely popular Mabel delivered a polished performance but then you expect nothing less from her. Equally popular was Steflon Don, the current darling of the UK media, who added a dash of her own Birmingham/Jamaican swagger to the event.

By now the sun was beating down on an arena filling with people getting ready for the return of Noel Gallagher. Given the quality of the headliner, a supporting cast of an equally high standard was needed and this was provided by extremely popular local act Reverend Of The Makers who certainly raised excitement levels ready for special guests Stockport lads Blossoms. Now we’ve watched Blossoms rise from playing to packed out clubs right to the top of festival bills and not only does it feel right seeing them on stages like this but, as they groove through their Manchester soaked indie, you wonder where this meteoric rise is going to end.

Noel Gallagher does not need to do anything to command the attention of a crowd and, while this may not be the kind of Knebworth sized venue he played with his former bandmates, people were still pouring into the area as he took to the stage. Unsurprisingly, Gallagher delivered the kind of confident performance we’ve come to expect and, while he may not display the kind of volatile personality of his brother, his banter with the Yorkshire crowd is top quality.

With an incredible back catalogue to work through, Gallagher treats the crowd to a mix of his own material like the brilliant She Taught Me How To Fly but it is his renditions of Oasis classics like Wonderwall, Little By Little and Half The World Away which elicited the loudest responses from a crowd who were making the most of a second successful day at Tramlines.

As we look out of the press room, the sun is beating down on a festival site which, this early on a Sunday, is still waking itself up and what better way to start than with an exercise lesson from the godlike Mr.Motivator. Sadly, some people had more motivation than us as we opted for a trip to Costa for breakfast instead.

Our first port of call on Sunday then was the popular Nina Nesbitt who, along with tracks from her debut album Peroxide, weighed in with a few songs from her upcoming new album. As with yesterday, we took a bit of time out after the Scottish singer-songwriter’s set to take in a bit of comedy and we were not disappointed.

Tom Wrigglesworth kicked off the first of three comedy acts we managed to check out and delivered thirty odd minutes of downtrodden laughs. Beth Black followed with what can only be described as a set that was very much not safe for a family friendly Sunday afternoon slot while local hero musical comedian John Shuttlebottom had the tent rocking with his quirky Northern ditties.

Barnsley lads The Sherlocks brought their own dose of indie alt-rock to the Main Stage and were certainly worth risking a bit of sunburn for. However, over on T’Other Stage, rising Manchester starlets Pale Waves showed exactly why big things are expected of this band in the coming eighteen months. Airing tracks from their upcoming debut, the focal point of the band, vocalist Heather, had this packed tent under her spell right from the get-go.

Earlier in the weekend Tokio Myers announced from his hospital bed that he would not be appearing so, after a water break, some food and a chance to top up the suncream, it was back out to check out York indie rockers Shed Seven who delivered a brilliant set filled with ‘90s classics to a packed out tent.

A delay in Sunday headliner Craig David taking to the stage meant we missed singer-songwriter Jake Bugg however our route back to the car and the end of our Tramlines saw us venture into the path of Tom Grennan who, having just released his Lighting Matches album, showed why he will not only be one of the names to watch in 2018 and beyond but also why he was the perfect end to this sun-drenched weekend. 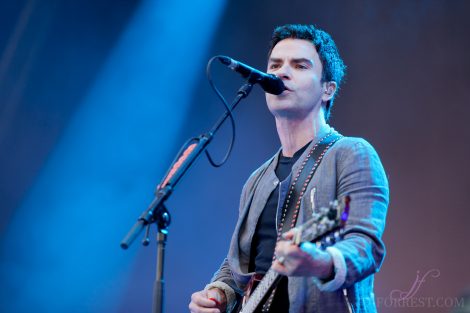 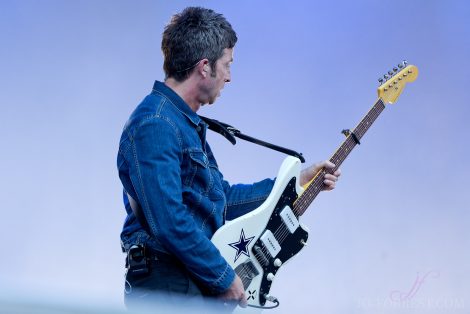 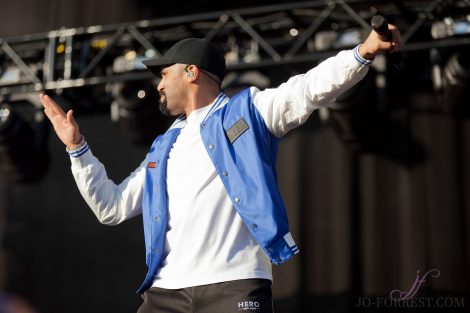