The Vamps are in town and although the FlyDSA Arena isn’t sold-out, the sound made by the thousands of fans who’ve made the trip is more than making up for it. Those fans here for the opening night of The Vamps latest UK shows and part one of their Night & Day tour and with four support bands they certainly got value fo their ticket money.

:PN opened the show but had been and gone by the time we our way into the hall. Harvey was next up and the way he bounced up and down the walkway jutting out from the stage you’d think he was headlining the tour.  New Hope Club followed this and seemed a million miles from the band we crossed paths with twelve months ago. Gone was this group of awkward youngsters to be replaced by a group who had the Arena bouncing with their energetic rendition of Tiger Feet.  Judging by the reaction from the crowd, youngster Jacob Sartorius is a popular choice of support as the noise levels shift up a notch for the bouncy pop of Like Me Better.

The Vamps rise up from underneath the stage and, following a blast of pyrotechnics, they’re off and into opener Staying Up. It’s Saturday night in Sheffield as both band and their young fanbase are in the mood for a party. Last Night sees frontman Bradley perform the song on a piano and it has to be said this is one of the few occasions were Simpson isn’t racing up and down the extended walk way.

The Vamps have seemingly never been off the road since their debut album threw them into the limelight in 2013. Things don’t seem likely to change any time soon as, early on in the set, the band announce their new album and plans for further dates later in the year. Looking like they’re enjoying  every moment on stage, they bring out Maggie Lindemann for Personal before treating fans to a new song in the form of Hair Too Long.

The eighteen song set comes to a close with All Night. The band take to the walkway again as the bouncing crowd is drenched in confetti and this magical night is brought to a close in true Vamps style. 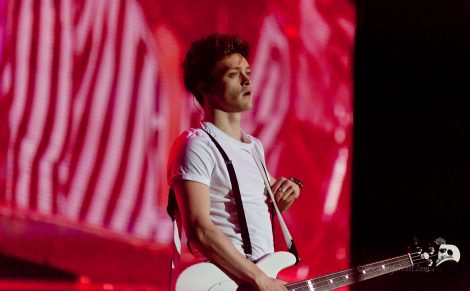 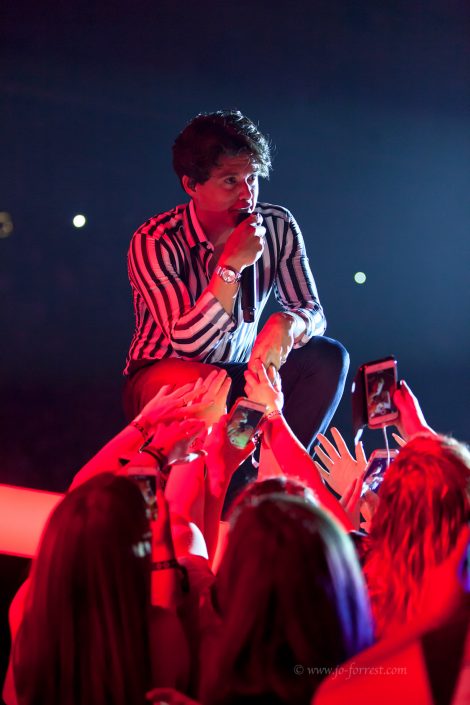 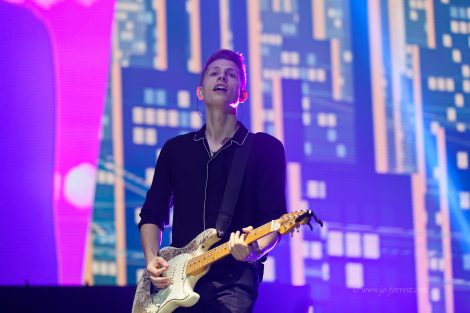