Leeds First Direct Arena may not have been packed to capacity for the return of Welsh rockers Manic Street Preachers but that did little to dampen the spirits of the fans who flocked in their thousands last night to see them perform on their ‘Resistance is Futile’ tour. Before storming onto the stage the background to the stage was lit by various slogans and phrases before they opened the night with ‘International Blue’, quickly followed by ‘Motorcycle Emptiness’.

The Manics formed back in 1986 and the Welsh rockers show no signs of slowing down with Nicky Wire still performing impressive leaps as they bounded their way through a 24 song set list. With the front rows packed with fans who had been following the band from day one, the rock giants delivered the kind of set that covered most bases from a career that has spanned thirteen albums and has produced some true rock classics like the aforementioned hit ‘Motorcycle Emptiness’.

Now, while the years might have taken the edginess away from the band’s sound, there is no denying that they clearly look to still be enjoying to playing live after all these years.

Wire in particular still plays the punk/trash rocker card perfectly while his partner in crime James Dean Bradfield still pulls all the right rock poses. The likes of Distant Colours from new album Resistance Is Futile represent the middle-aged side of the Manics and there are plenty of emotional moments throughout the night like ‘Can’t Take My Eyes Off You’ and ‘Faster’.

However, whether the band have gone from edgy trash rockers to chilled middle aged blokes, as confetti rains down during the legendary ‘A Design For Life’, the Manic’s proved there is plenty of fire still burning away in those passionate Welsh hearts. 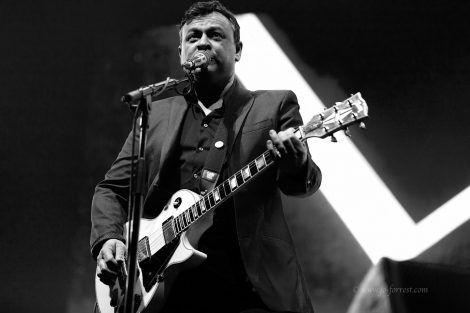 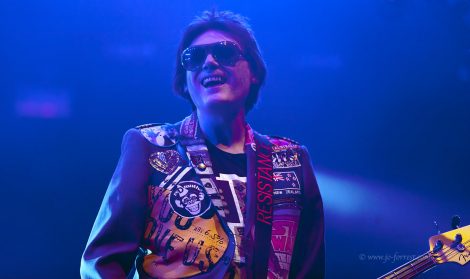 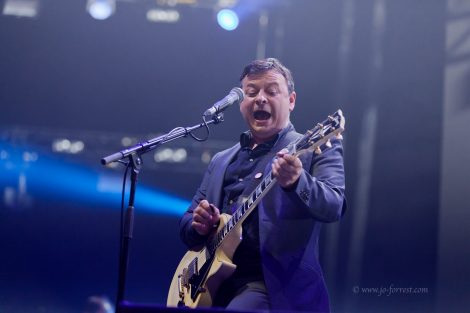