Take That have been in town for the last week and, in honour of their homecoming, Manchester Arena was renamed to the Take That Arena for one week whilst the lads were there. The gesture is to celebrate the bands impressive record breaking 46 performances at the arena, more than any other music act in the venues history.

This time there was a slight change,  venue was all seated meaning that none of the many hours spent camping for the super fans that follow them everywhere so they can be at the front barrier. As with any of Take That’s productions, their 30th anniversary Greatest Hits Tour was another lavish affair and they did not disappoint. A huge giant PacMan like orb graced the stage from which the lads appeared out from the middle. Gary, who is known for not having the best head for heights could be seen holding on to the handle at the back before having the courage to step forward.

The lads were performing in Manchester for five magical nights of musical memories from the last 30 years and, for two full hours, they performed 25 of their biggest hits from the years whilst a huge screen at the back played clips from across the years. There were some lovely tender moments where they played some clips of Jason which the crowd were ecstatic about as well as clips of Robbie.

There is no doubt that even after thirty years Take That still have got what it takes to stay at the top of their game, selling out arenas and stadiums across the country. There was the usual staple of confetti and fireworks, a must of any Take That concert, three full sized motorbikes, spectacular costumes that made me think of huge butterflies adorned with an array of lights, and a local gospel choir who sang with Lulu and the lads. Rather than sticking to the familiar sounds, they reworked some of their hits to give them a fresher feel. “Pray” was slowed down and Take That, accompanied by the Dancers, performed the whole song in sign language as they sang.

There was a special appearance from Lulu to sing another updated song “Relight My Fire” and whether you love them or you loathe them there is no denying that they know how to put on a spectacular performance. The crowd literally sang their hearts out all night as they danced in their seats. The Take That audience has always been an eclectic mix of people and this was no exception as people of all ages (including a good percentage of men) all had a fantastic night in the company of one of pop’s legendary acts. 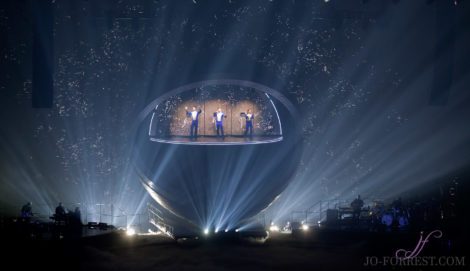 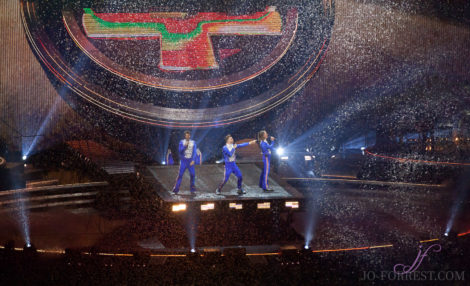 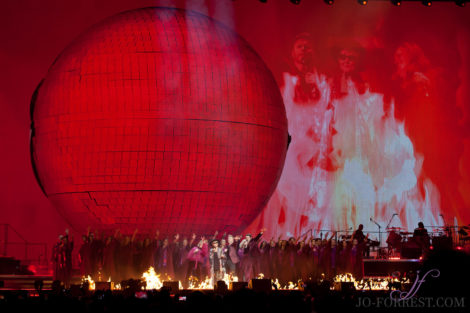