It is hard to believe that it has been 21 years since Steps first hit the big time with 5, 6, 7, 8 but after a small hiatus, while they pursued their own projects, Steps are back better than ever. Performing last night in Scarborough, fans were treated to all the usual hits as well as some of their new material from their recent album ‘ No More Tears On The Dance Floor’.

It has been a phenomenal 18 months for them once they decided to reunite. Steps embarked on a hugely successful UK tour. And on yet another beautiful summer evening in the lovely town of Scarborough, Steps got everyone in the party mood, with their energetic dance routines, that everyone knows the moves to. The crowd were clearly having a great time as they danced and sang to every song. Although this show lacked all the extravagance of their arena tour, they still managed to deliver a visual feast, with dancers and hospital screens, as well as several costume changes.

Opening the show with their first hit 5, 6, 7, 8 this catchy, energetic song was all it took to get the crowd going, from there they were treated to almost two hours of feel good, music. You could never go to a Steps concert and not have a good time, they are the perfect mix of cheesy pop that just puts you in a really good mood. The sun may have disappeared shortly after they arrived on stage but they still managed to light up this coastal town with sequins, and glitter, which is the perfect combination for a perfect 90’s pop party on a Friday night,

Sister Sledge opened the show and I can think of no better start to the night, with a vast array of feel good hits as well, this trio were perfect to get everyone in the party mood. As they performed ‘He’s the Greatest Dancer’ they plucked one excited fan from the crowd to join them on stage. A definite highlight of the night, this lucky fan busted out some truly impressive dance moves. 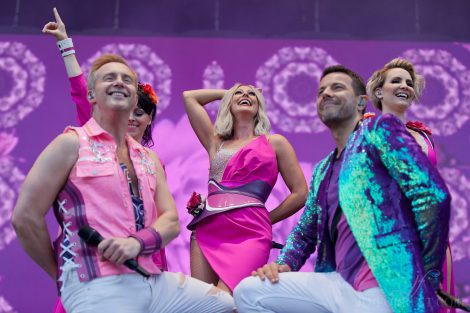 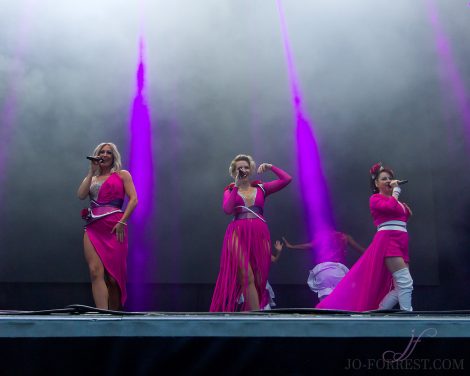 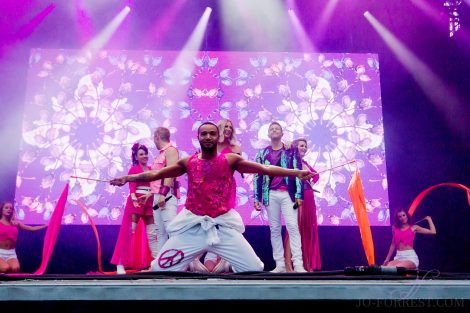