Considering some of the other venues played on this short UK run, seeing the Doncaster Dome pop up on the schedule for rock icon Slash was something of a surprise. By day (and night) a leisure centre, a gymnasium at the back of the venue is converted into a venue for tonight’s rock n’ roll extravaganza.

So, having made our way through the myriad of water slides and corridors of changing rooms we’re greeted by two massive queues – one for the bar – one slowly shuffling its way into the venue where support act Phil Campbell and The Bastard Sons are shaking the walls with a mix of his own tracks along with a couple of Motorhead classics in the form of “Born To Raise Hell” and “Ace of Spades”.

Last time Slash was in the UK he was gracing the stage at Wembley Stadium with his main band Guns ‘n’ Roses but, tonight, joined by Alter Bridge frontman Myles Kennedy, he’s hitting some more intimate venues on this run none more so than here in Doncaster where a couple of thousand fans are packed into the hall ready for two hours of rock n’ roll fun with two of their idols.

With little fanfare, Slash, Kennedy and the rest of the band make their entrance and set about their business. It’s a fairly stripped back affair, no egos, no big stage shows just Slash, his guitar and his friends. Decked out in the customary top hat and shades, the guitarist makes it all look so easy as he wrings out opener The Call Of The Wild before, accompanied by the arena filling vocals of Kennedy, they run through a mix of tracks from his own solo career and his recent album with Myles Kennedy. Midway through, bassist Todd Kerns took over for We’re All Gonna Die and Dr.Alibi while a jaw-dropping guitar solo and a rendition of G ‘n’ R classic Nighttrain was a massive treat for the army of Guns fans in attendance.

More solos filled out the two hour + set but when you’re of a standard these guys are at, you can’t help but sit back and enjoy the quality pouring from the stage. As the set came to a close with Avalon and Anastasia and over one hundred twenty minutes in the company of two of rocks biggest stars ended, what may have originally seemed like a strange place to hold a rock gig ended up being a night two thousand Yorkshire rockers won’t forget in a hurry. 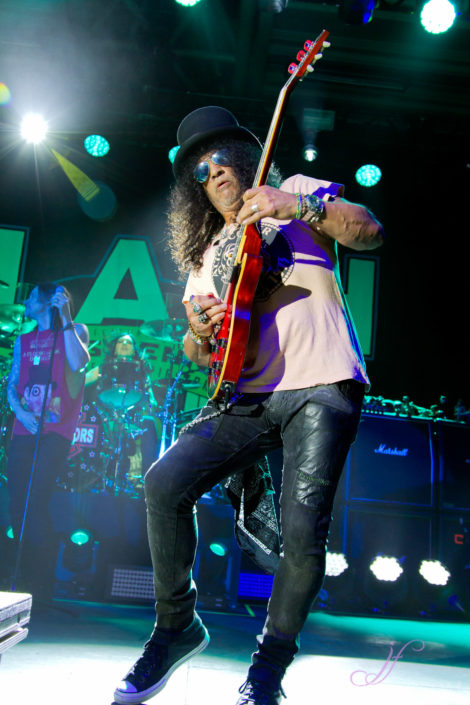 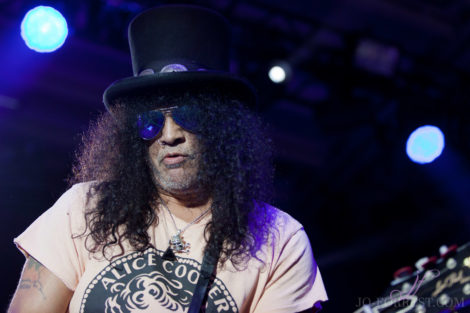 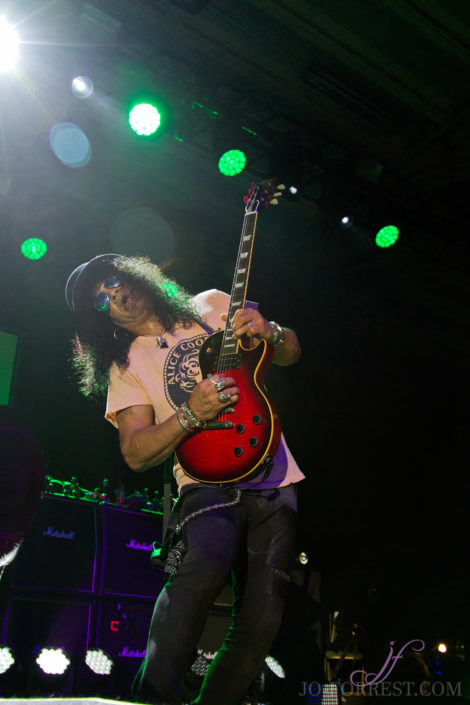