Shawn Mendes is in town! Thousands of adoring, eager young fans, with some reluctant parents in tow, headed to the First Direct Arena to catch a glimpse of the young Canadian superstar. It feels like Shawn has been around forever and it is easy to forget this young man is only just 20 years old having hit the big time at the tender age of 16 just 4 short years ago. Releasing his self titled debut album ‘Handwritten’ in 2015, the single ‘Stitches’ went to number one in the UK and the rest is history. During that time, he has also completed four world headline tours and is only one of five artists whose albums have debuted at the top of the Billboard 200 under the age of 18. He has also won a plethora of accolades as well, as well as many other achievements, all impressive stuff.

But, as the fans turned out in their thousands to fill the arena, all they cared about was seeing their idol. A large circular LED screen dominated the semi-circular stage while, in the middle of the arena, a smaller B Stage with a large flower suspended from the ceiling was the home to a solitary piano. As he appeared from the centre of the stage the screams were deafening and the night kicked on with ‘Lost In Japan’ followed by song two which saw him take to a piano on the main stage. Along with an already impressive light show, the crowd had been given interactive wristbands that were controlled independent by a man walking around with an iPad which made for a great visual display as the lights flickered different colours and flashed to the beat of the music.

Half way through the night Shawn left the main stage to make his way to the B Stage to the sheer delight of those who were sat further back. Emerging from under the seating, he took a few moments to say hello to some delighted fans before heading up to the piano where he played three songs before heading back to the main stage to finish the night. Throughout his set he played several medleys as well as his biggest hits to date and of course music from his latest album. There is no doubt, he is a talented artist and seems very grateful for the opportunity he has had, something that can be lost when you have a sudden rise to stardom and all the trappings that come with it.

Shawn seems genuinely humbled by the reaction he gets from his fans, taking time to say thank you to everyone for coming out while the audience spent the entire night on their feet dancing and singing as Shawn charmed his way through the night. Then, just as I am sure they wanted it to go on forever, the night was over and, having ended with his hit single ‘In My Blood’ the thousands of fans headed home happy and content and no doubt dreaming of the next magical show.

Shawn is being supported on this tour by Alessia Cara 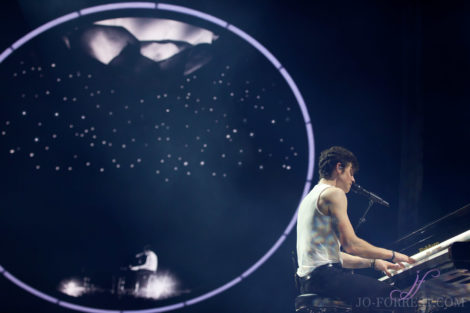 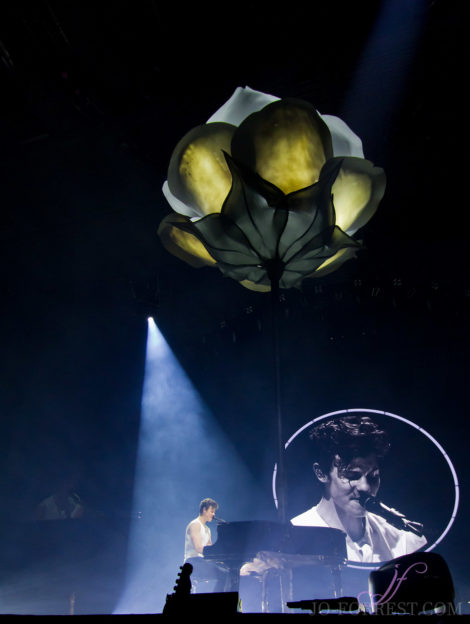 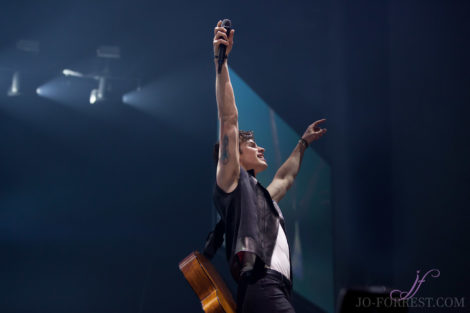