A warm evening, on the 1 June 2017, Manchester saw the rain hold off for the 1st night at the Etihad, on the opening night of Robbie Williams’s sell out stadium tour of The Heavy Entertainment Show. He appeared on stage wearing a kilt and matching jacketed defiantly shouting:- “Manchester is not f***ing scared” before kicking off the evening with Robbie’s own rendition of Land of Hope and Glory, God Bess our Robbie, flanked by several dancers in sparkling boxing outfits. As the evening progressed a rainbow appeared over the stadium, there was a moment of reflective silence and then the rapturous applause of the crowd followed.

The evening continued with Robbie’s anecdotes of Take That and fatherhood and the problems that comes with that. A young girl from Argentina was invited up onto stage to help Robbie sing Something Stupid whilst wearing a puppet mask, Robbie joked around by using alcohol rub on his hands, a reference to a previous concert in which the media accused him of being rude to an audience member for using the gel after touching someone..

He paid tribute to George Michael and talked of the 1st time he met him by singing a cover of Freedom and later on he did a cover of Sweet Caroline where he brought his father Peter on stage to help him.

For the encore he began with Strong in which he had changed the words to:- “Manchester we’re strong” as a tribute to the terrible events of the previous week. Before finishing the night with a visibly emotional Robbie singing Angels which he dedicated to the victims of the attack in Manchester.

I must admit, it was a great concert, and 50,000 people clearly had an amazing time, but I felt this wasn’t his best performance and there did seem to be something lacking. Whether due to a bad back, and he did admit he was on strong pain killers, this had an effect on his overall performance, I don’t know but he did seem to be struggling at times both vocally and physically.. Whatever the problem is at the moment, lets hope he is soon back to his usual self as Robbie has always been a great entertainer.. 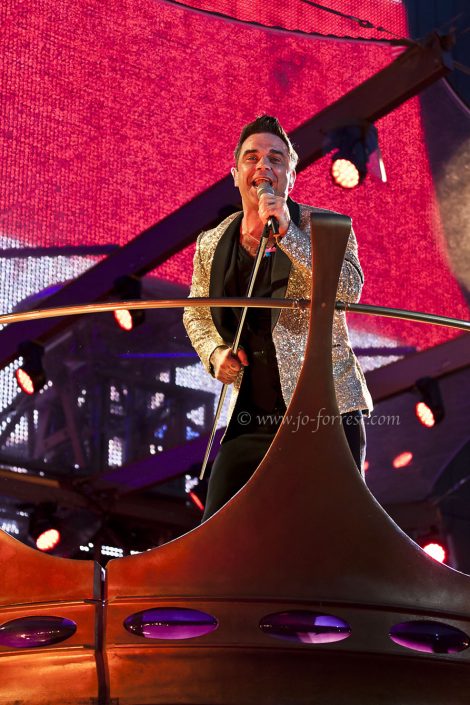 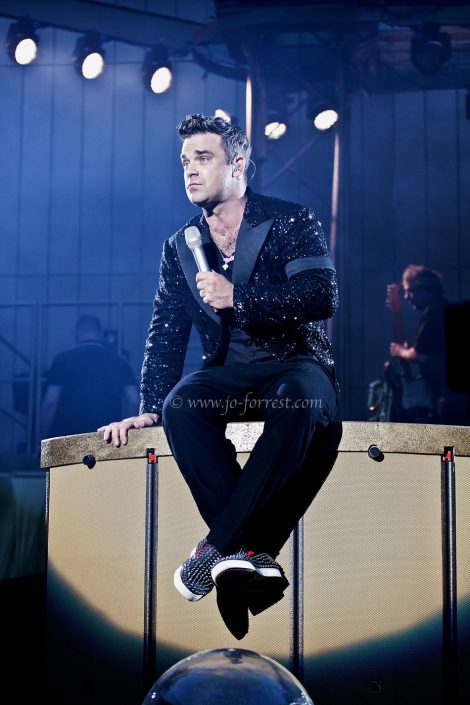 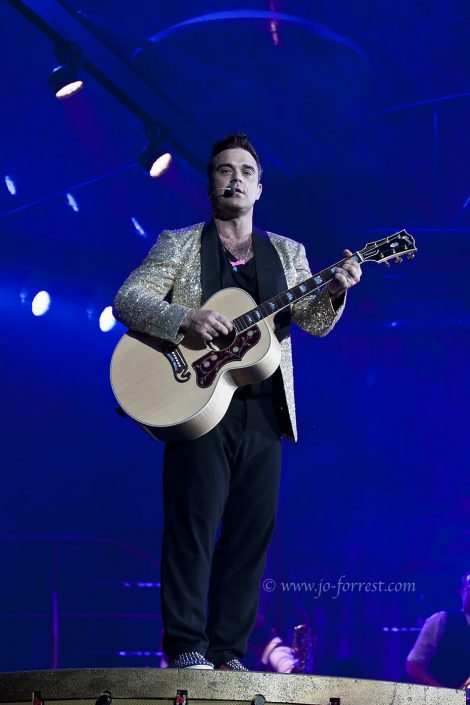