Unpredictable weather, barbeques, holidays abroad, they’re all staples of the British summertime and, in recent years, Jockey Club Live gigs at Haydock Racecourse are another thing we can add to that list with 2019 being no different. Having already seen the likes of Jess Glynne grace the stage at Haydock and with local pop star Rick Astley still to come, tonight was the turn of Nile Rodgers and Chic to treat racegoers to a party to end of their day at the Races.

By the time 9.15 arrives and Nile is ready to take to the stage, a colourful intro video blares out from the screen with the guitarist peeking around the corner to the sight of a few thousands fans all ready to dance the night away with him and, as the countdown hits zero and he joins his band onstage, it’s hard to decide who is smiling more, the man himself or those fans dancing away in front of him. For the next ninety minutes, Rodgers treats those fans to a career-spanning set and, even if you’re not a fan, the longer the set goes on, the longer you realise how many of his hits you know. A medley of some of his number ones early in the night gets even the most exhausted of racegoers up on their feet and dancing but, let’s be honest, there was never any doubt that this was going to turn into anything other than a massive Saturday night party in Haydock.

Accompanied by Chic, Rodgers brought a touch of class to Haydock on this Saturday evening and, under the setting sun and after a week of frankly appalling weather, there couldn’t have been a better choice of soundtrack to hopefully kickstart a glorious Summer for everybody. 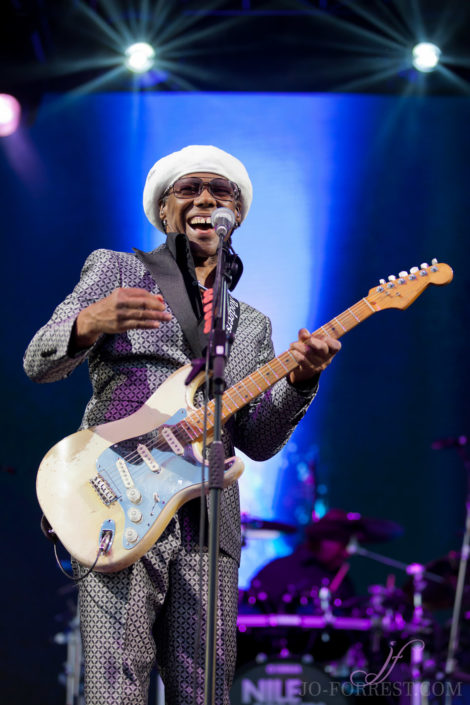 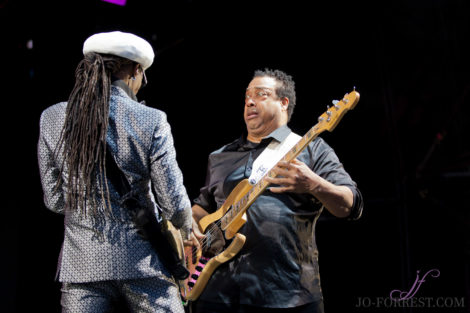 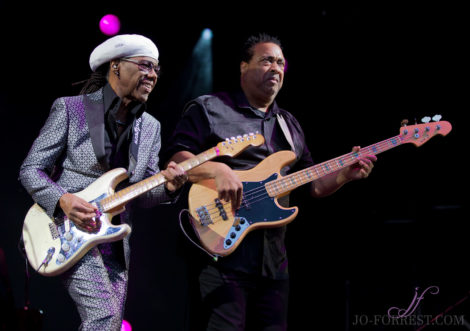