It’s been a long time since Nickelback last came over to the UK and it’s about time too. Having released their latest album over a year ago there was no tour scheduled over here to promote Feed The Machine. However this latest tour is something of a greatest hits style as fans were treated to favourites new and old. Playing at the First Direct Arena on a Saturday night was every Yorkshire fans perfect night.

As supporting acts go, the choice for this tour was a very good decision with Seether. This is a band who have seen success over the years and were certainly well known by this crowd. Having just a 6 track set, they made the most of it by playing a hit off almost every album released. This was clearly an excellent choice as fans got to hear some of their favourite tracks from throughout the years. What appeared to be the favourite though tonight was “Country Song” as well as “Fake It” and “Remedy”. Seether put on an excellent show tonight which was a great way to get this crowd going.

As a countdown begins on the large screen the crowd starts to get hyped for the headline act. What happens at the end of this however is not the band heading onstage but in fact a promo video for what appears to be a documentary based on the band with a release labeled as just coming soon. Once this is over the music continues to play as the crowd keeps up the energy with a song along to The Darkness.

There was not long to wait before the lights went out and the anticipation for Nickelback to play grew. Heading straight into the self titled track from the latest album the crowd went mental. It was clear to see already that these were some absolute fans in the audience and I am not ashamed to say I was one of those. What makes a Nickelback gig something that everyone should witness at least once in their lives before judging the band is frontman Chad Kroeger. His energy from the moment he hits centre stage is infectious and completely bounces off guitarist Ryan Peake. He speaks to the crowd so openly and so honestly and with a genuine love for being on the stage. He jokes around and tonight told stories behind writing some of songs that have been loved by fans over the years.

Speaking of much loved songs, the crowd were treated tonight with classics such as “Someday”, “Lullaby” and “Far Away”. But as well as these softer songs there were definitely some made for jumping around and letting off some steam with “Figured You Out” and “Animals” making the set list tonight. But what would a Nickelback concert be without the extremely popular “Rockstar” which as tradition goes has the band pull two members of the crowd up on stage to sing along.

Lucky fans Nicole and Zack certainly won’t forget this night and thanks to one fans honesty about being apart of this tradition before meant that these guys got to experience the ultimate fan experience. And while we mention ultimate songs, the band played what will have been the first song they would ever hear by this band, the classic “How You Remind Me”. As well as all this great music, that might I add is played superbly, there were also some hidden gems thrown into the mix that appear to change each night.

For the fans in Leeds, we were treated to the fantastic “She Keeps Me Up” which is rarely played on tour by the band due to its more funk sound despite it being one of many fans favourites guessing by the sound of the crowd. We also got an even bigger treat as Kroeger decided to play the even rarer live version of “Hero” which was the soundtrack to the 2002 version of Spiderman.

The band also took the crowd back in time with a throwback to their very first album way before “How You Remind Me” ever made it to the radio. For those die hard fans in the audience they got the unexpected medley of hits from the album Curb and judging by the reaction this received there was plenty of those fans out tonight. Closing the night with “Gotta Be Someone” and the huge drinking anthem “Burn It To The Ground” what could be a more perfect way to end a Saturday night.

Having seen my fair share of Nickelback concerts (I won’t reveal quite how many!) this certainly lived up to what we have come to expect from these guys. It may not have been as over the top as some shows with pyro and confetti but there was something more honest and raw about tonight’s set. This was simply a group of friends who played songs from over the years that both their fans love and the ones that they love too. So my only question now is when’s the next tour?? 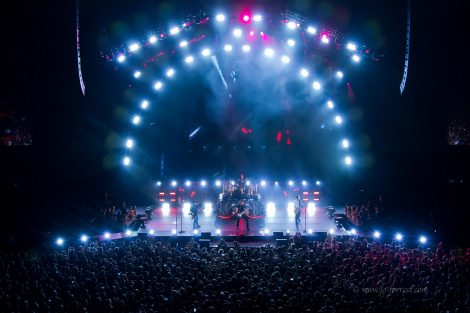 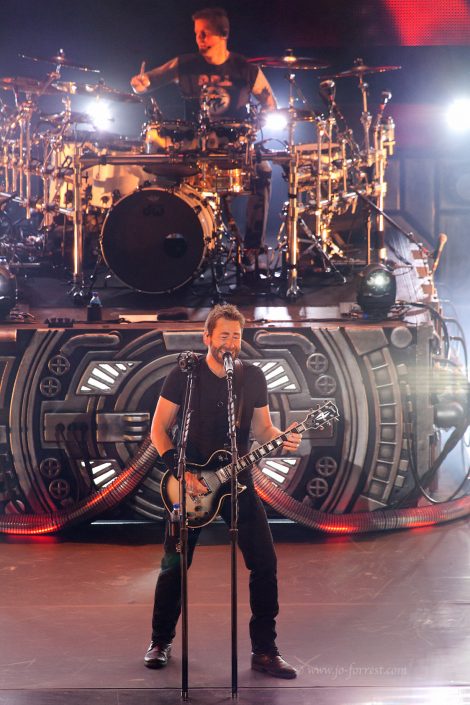