Having sold millions of records worldwide, while many of their rock counterparts bring the curtain down on their lengthy careers, there seems to be no finish line in sight for metal behemoths Metallica. Bringing their Worldwide tour to the Etihad Stadium, home of English Premier League Champions Manchester City, the band were joined by over sixty thousand rabid fans some of whom had travelled across Europe to be at Metallica’s first mainland UK gig since their last headline tour just over eighteen months ago.

Gigs like these are business as usual these days for Metallica whose hardcore fans have proved time and time again that they will follow them through thick and thin. As their familiar intro booms into life and the band thunder into opener Hardwired To Self-Destruct, the metal giants demonstrate how they could play gigs like this in their sleep. Not that the band are running on auto-pilot or going through the motions, far from it, as the likes of The Memory Remains and a pummelling Disposable Heroes show. While there are some glaring absentees from the set, it’s hard to fault the set they’ve picked with Moth Into Flame laced with pyros, Sad But True shaking the stadium to its core and One sounding as epic as ever.

Towards the end of a near three-hour set, the band hit the proverbial musical ball out of the park with the likes of Master Of Puppets, For Whom The Bells Toll, Creeping Death and Seek & Destroy taking this night heading to it’s glorious finale in the form of Enter Sandman a track which thrust Metallica into a whole different league to the rest of the metal scene and has, for the last twenty or so years had them calling packed stadiums like this one home! 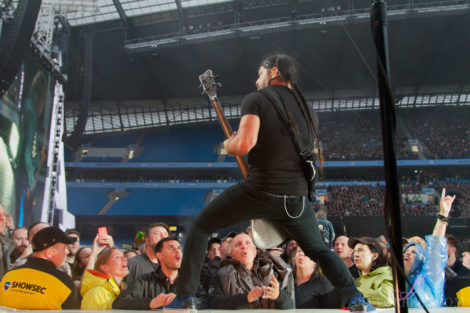 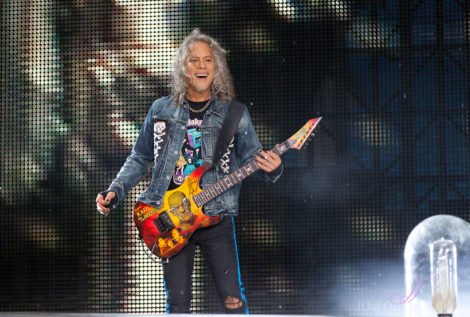 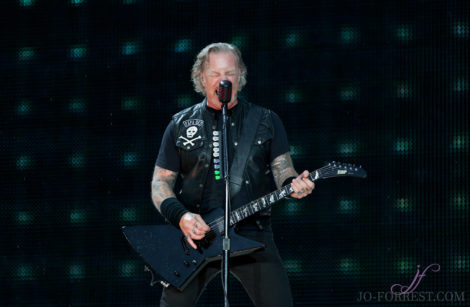