Jade, Leigh-Anne, Jesy and Perrie, collectively known as Little Mix, are a big deal judging by ticket sales across the UK on their ‘Get Weird’ tour. The Echo Arena in Liverpool was no different either as the four friends brought a bit of glamour to Merseyside on the 22nd April, one of multiple dates at the venue.

There wasn’t a seat empty in the Arena as a blast of pyro and smoke heralded the entrance of the pop-princesses who, while still airborne, kicked off this high-energy pop-extraveganza with ‘Grown’ and ‘Hair’. What followed was an eighteen song set, multiple costume changes and an endless stream of slick, well-choreographed dance routines, all making for a polished ninety minute set.

With fans spread across all generations, the four girls managed to fit enough in their set to capture the imaginations of fans young and old. There was plenty of calorie -burning dance routines for the mums, racy outfits for the dads and plenty of interaction between all four members of the band and the young, placard-waving portion of this sold-out venue. Elsewhere there were video montages, pyro a-plenty and random giant rabbits to contend with and a set spanning the X-Factor winning groups career.

From ‘A.D.I.D.A.S’ to ‘Hey How You Doin?’ to main set closer ‘Weird People’, this is a display of modern pop at its glorious mainstream best. Returning to the stage for their encore and with Jade clearly struggling from an unspecified knee injury, ‘The End’ and ‘Black Magic’ brought this pop spectacular to a flame-filled, confetti-drenched finale before the four girls disappeared into the night with another city and another set of fans ready and waiting for the girl group and their own brand of girl power. 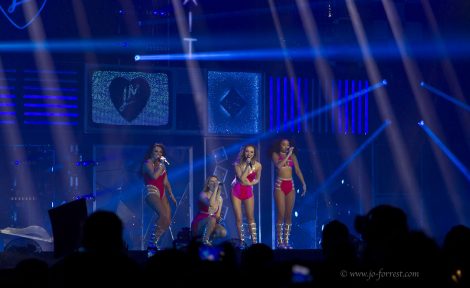 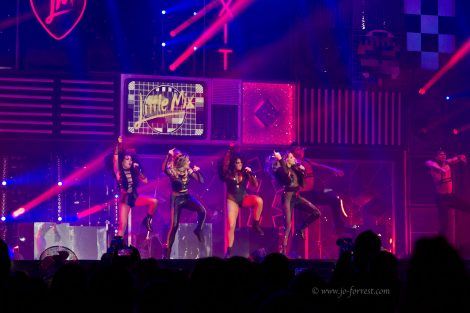 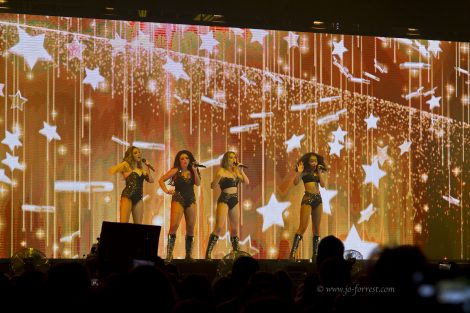