August Bank Holiday weekend in the UK can only mean one thing for music fans, Reading/Leeds Festival and, with this year’s weekender being headlined by Muse, Kasabian and Eminem, along with a supporting cast featuring over a hundred acts, the weekend bash was another sellout. So, if you’re a rock, indie, punk, metal, pop fan or, infact, just enjoy a good weekend of live music with your mates, this was the place to be.

Day one saw The Xcerts kicking off proceedings on the main stage as late replacements for Royal Republic however most of the excitement surrounded who the secret act was on the NME stage. It didn’t take long before word got out that the secret act was none other than Queens Of The Stone Age who were in town ahead of the release of their new album Villains. Now while there was an excitement about their set, it was clear that word hadn’t fully got out as the tent, while suitably busy, wasn’t as rammed as expected, although, those in attendance, certainly got a festival treat very early on in the weekend.

Barely a hundred yards away, things were warming up in the Lock Up stage with the likes of Baby In Vain and Raveneye piling in some nice early afternoon noises for fans of things a little edgier. Back on the main stage though and Against The Current brought a bit of glamour to proceedings while Brighton heavyeights Architects incited mayhem in the pit with security working overtime as wave after wave of crowdsurfer flew over the barrier to a soundtrack of crushing metal.

Elsewhere Gnarwolves and Culture Abuse were entertaining bands back on the Lock Up Stage and The Sherlocks providing an indie soundtrack in the NME tent but back at the main stage one of the success stories of the year, Stockport band, Blossoms were treating their evergrowing fanbase to another slice of indie rock ahead of the return of the legend himself Liam Gallagher.

By now it was obvious who the main draw for the day was and, as the Oasis mainman strode out, familiar sneer on his face and launched into “Rock n’ Roll Star”, the packed main arena went absolutely batshit. With all attention glued to the mainstage 90’s indie rock favourites Ash played to a surprisingly busy tent while the second yet not-so-secret act of the weekend The Prettyboys (Don Broco) sent the Lock Up stage into a frenzy as did day one headliners Neck Deep who brought a bit of pop-punk brightness to light up the balmy Friday night.

Wandering back to the main stage as Liam Gallagher ended his set, the mass exodus of fans surely indicated who the main draw of the day was however headliners Muse certainly treated the still busy main arena to a slick, polished performance. With the band making use of the walkway to get up close and personal with fans, the band delivered a suitably arena-sized performance and, with fireworks lighting up the sky following their retina-burning light show, day one of this three-dayer certainly ended in style.

Slightly sunburnt but still ready for another day of endless live music, day two of Leeds Festival kicked of with Judas and Deap Valley waking up the early morning punters with some raucous riffing to accompany the much needed wake up beer. Elsewhere Puppy, Palisades and the crushingly heavy God Damn ramped up the decibel levels in the Lock-Up Stage.

Slightly more relaxed today, Mallory Knox brought their melodic rock to the main stage providing a perfect soundtrack to the blazing sunshine that was battering the main arena. Given last year’s monsoon, this couldn’t have been a more welcome sight for festival punters this year. Back on the Lock-Up stage WSTR and Counterfeit kept things nice and rowdy while buzz band of the moment Idles were showing exactly why people are touting them as the next big thing with a suitably attention-grabbing performance.

Speaking of attention-grabbing, youngsters Ratboy were getting upto all kinds of mischief on the mainstage much to the amusement of the younger element of the crowd while Arcane Roots brought their gritty rock to a suitably satisfied crowd in the Lock-Up tent. Elsewhere Lethal Bizzle looked right at home strutting about the NME tent spitting out his rhymes providing an edgier alternative to the more relaxed sounds of Circa Survive and Jimmy Eat World who were filling early evening slots on the Main Stage.

As we headed into the latter part of day two, Australian melodic hardcore band The Amity Affliction whipped up a frenzy in the Lock-Up tent while over on the Main Stage, Bastille delivered an impressive performance which did nothing to harm their reputation as a superb live band.

Which left only day two headliners Kasabian to bring the curtain down on the main stage with a fan-pleasing set which included a cover of Nirvana song “All Apologies”. Not as eye-catching as day one headliners Muse, there was little you could fault Kasabian on which left only Canadian rockers Billy Talent to end day two of the festival with a ferocious set of punk rock anthems over in the Lock-Up Stage.

And so Summer for most of us comes to an end with the final day of the Leeds Festival weekender but what a way for the festival to sign off with rap superstar Eminem bringing the weekend to a close.

The main stage started off relatively calmly though with both Moose Blood and Honeyblood providing the soundtrack. Over on the NME stage though and indie favourites and recent NME tour participants Cabbage continued to win over the indie crowd with another solid-set. For something a bit different though, the Lock-Up stage was the place to be as black metal favourites Zeal And Ardour brought their complex, feral sound to the afternoon sunshine and certainly lived up to their reputation.

Back on the NME stage though and Marmozets lit the fuse with a raucous set before Frank Carter and The Rattlesnakes showed every band on that stage how to put on a live show. From circle pits around the tent to female only crowd surfers to the sight of Carter himself disappearing into the crowd headfirst, the only way this could be described is utter fucking bedlam.

While all this was going on, The Pretty Reckless brought their dirgy rock to the main stage while Pvris delivered another classy performance. However, it was during their set that it became clear how much of this audience was here purely for the headliner with energy levels barely raising throughout the afternoon acts. With the art-rock of At The Drive In doing nothing to raise the interest of the crowd, it was up to nu-metal titans Korn to wake the crowd up with a brutally angsty career-spanning set including a crushing rendition of “Blind”.

Major Lazer caused absolute mayhem in the main arena next as frontman Diplo zorbed his way across the bouncing crowd. Having promised to bring a carnival atmosphere to the festival, the outfit didn’t disappoint and coupled with even more sunny weather, Leeds Festival made sure the weekend went out in style.

With local boys from Sheffield While She Sleeps bringing the Lock-Up stage to a ferocious finale, it was up to rap superstar Eminem to deliver everything this crowd had been waiting all day for and he did that with a hit-laden set that, for fans of the rap icon, was certainly worth the ticket money and saw Leeds Festival 2017 sign off for another year having given punters great music, great weather and some great memories. Same time next year? 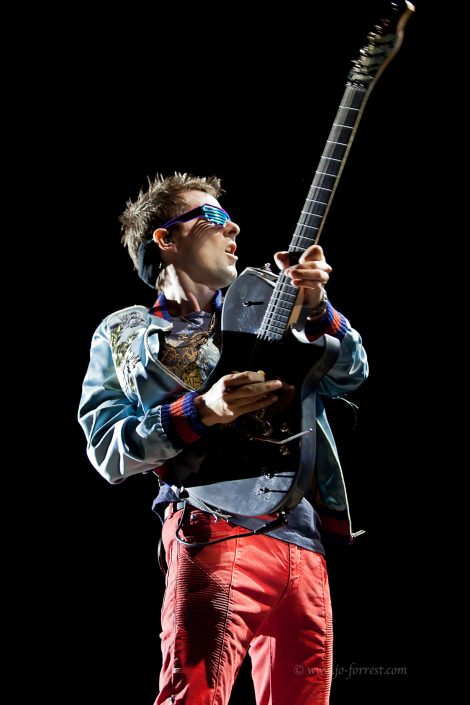 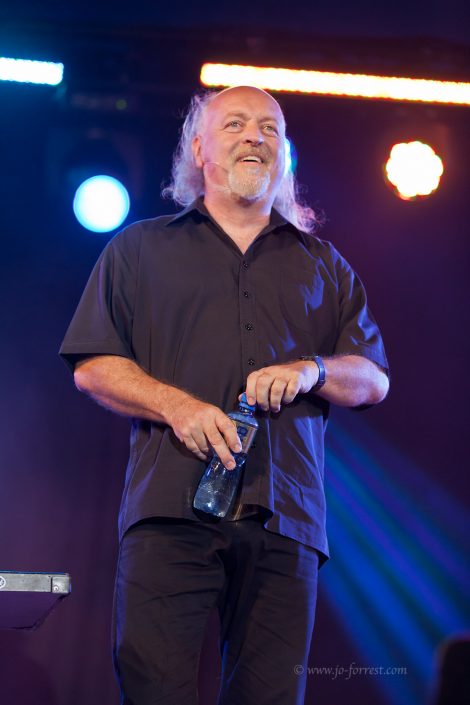 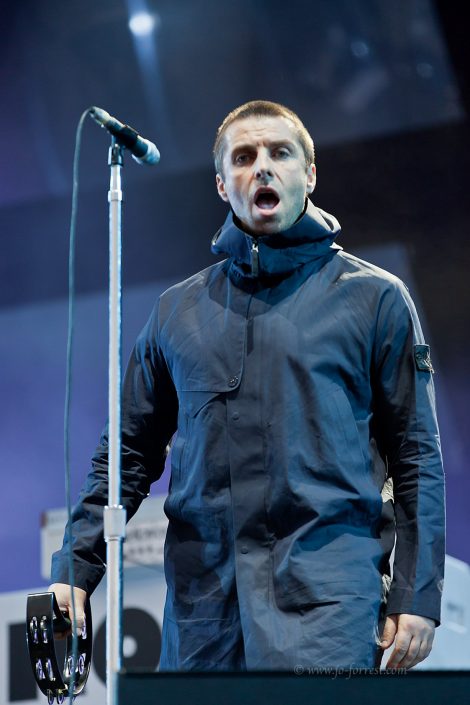