All across the UK it has been a similar story as Jess Glynne plays to sell-out arenas on her Take Me Home tour. The Echo Arena in Liverpool, her latest stop on the tour, is no different. Following sets from two support acts, Raye and Wretch 32,  Jess Glynne takes to the stage opening this family-friendly show with “Don’t Be So Hard On Yourself” accompanied by an explosion of glitter confetti.

It’s all a far cry from two years ago when nobody knew who Jess Glynne was before that all changed as her debut single, ‘Rather Be”, turned her into a fully-fledged, arena-filling superstar by hitting number one in the singles chart before going on to become the third fastest streamed song of 2014.  Airing songs from her hit debut album “I Cry When I Laugh”, the evening had a distinct party feel to it with Jess entertaining the audience throughout with a string of hits backed by a big band and a set of backing dancers. Midway through the show, a quick costume change saw the singer reappear in a full-length sequinned coat before heading towards the finale of the evening with hits such as “Right Here” and “Big Love”.

At just before half past ten, the night ended as it had started with the pop star making her exit leaving an ecstatic crowd very satisfied and drenched in confetti. 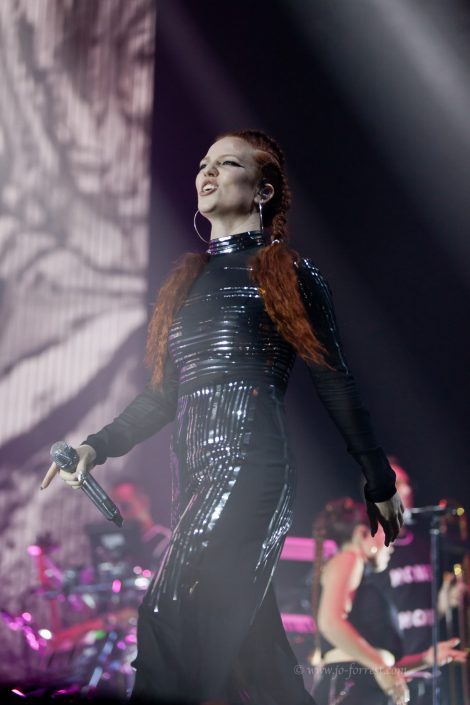 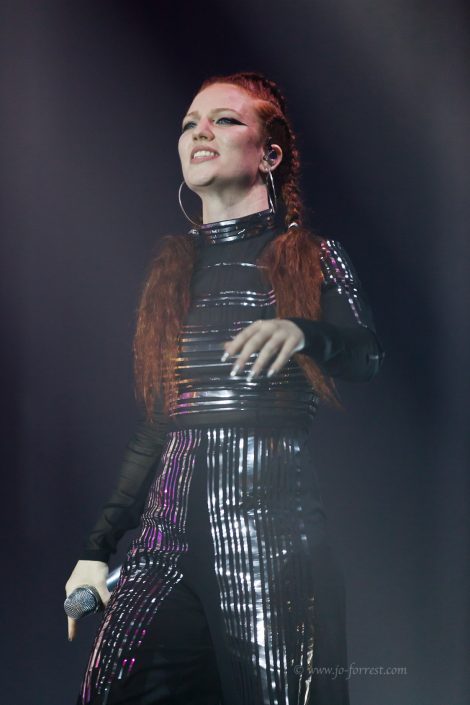