James and The Charlatans are back. First coming together back in 2016 for a very special show in Liverpool, the nations favourite indie bands have teamed up again for a few special shows as we head towards Christmas.

Up first is The Charlatans, Tim Burgess looking the same as he always has appearing ageless with his trademark blonde hair. While I was never The Charlatans biggest fan back in the indie heydays meaning a lot of their music is lost on me, that certainly isn’t the case for the thousands of fans at the First Direct Arena in Leeds. They performed a whopping 13 song set as the opening act mixing up some of their classics with more recent material from their album “Different Days”.

Before long James appeared and Tim Booth in his trademark baggy trousers and faux fur jacket kicked off the set with “Hank” with his wild fluid dance moves. He knows how get this audience going and it’s not long before he’s out on the platform set up on the front of the stage to dance with fans. James sang a mixture of old songs alongside new material from their current album “Living in Extraordinary Times” and made the brave move to sing hit single “Sit Down” early on in the set although, with 15 albums to date, there are plenty of other great tracks that made an appearance throughout the night while the new tracks are more than capable of holding their own against some of their biggest hits.

Making the decision to end the night with “Sometimes (Lester Piggot)” a track from the album “Laid” was a little risky as there are many other anthemesque songs they could have chosen but the risk paid off with the now fairly tipsy crowd singing at the top of their lungs and by the time it is over, the crowd as always are left wanting more.

With a tour starting in March 2019 there is still plenty of opportunity to catch this band live. Make sure you do as they are well worth it. 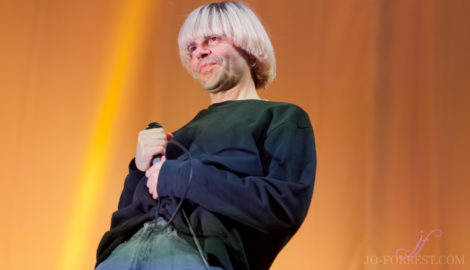 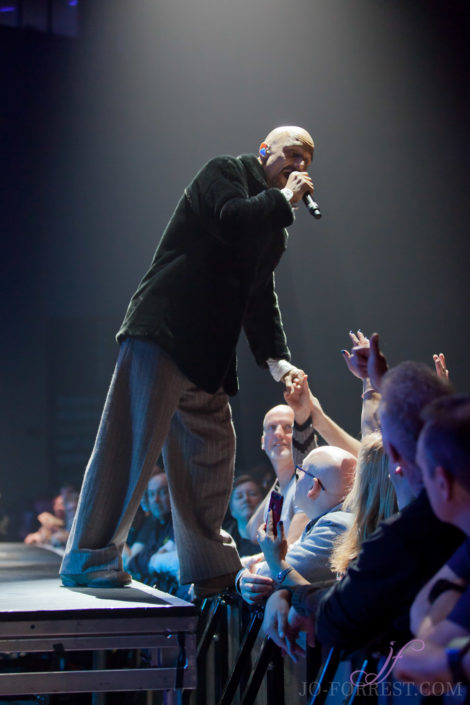 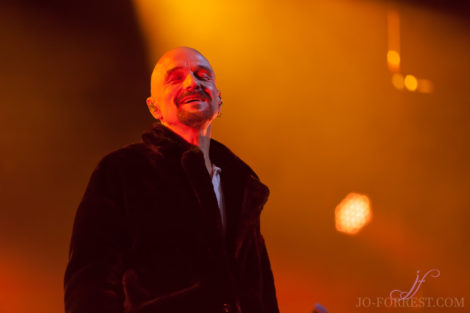