James Bay had the audience totally captivated at the Albert Hall in Manchester last night. Gone is the hat and the long hair and a barely recognisable James emerged on Stage to the delight of everyone in this beautiful sold out venue.

He has an infectious stage presence that just has the audience fully engaged from the second he comes on stage. Performing songs from his new album ‘Electric Light’ James hasn’t merely reinvented himself, he has progressed. The biggest selling artist of 2015, James filled the gaps in the music world, he positions himself firmly between the acoustic pop of today and the more rockier folk music that we see from the likes of Mumford and sons.

Not only has he toured with the likes of Taylor Swift  and sung alongside Justin Bieber, this tour also sees him supporting the legendary icons The Rolling Stones in London at the Twickenham Stadium. One can only imagine how that must feel. 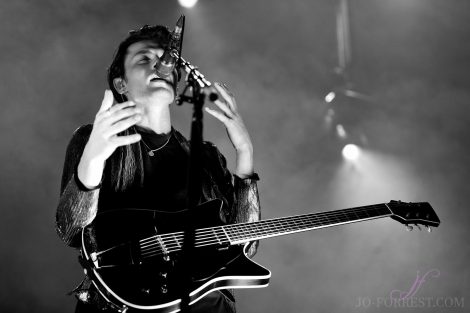