It may have been another cold night in Leeds but outside the First Direct Arena the queues to get in were overflowing out onto the street. Another sold out show and George Ezra is going from strength to strength. From the small BBC Ending stage at Glastonbury Festival to headlining his own huge sell out arena tour in just a few short years. He is the boy next door with the incredible big voice and now, the crowds to match.

The stage set up was like walking into your neighbours living room with rugs and plants and huge windows at the back projecting colourful displays of animated flowers and toy soldiers all played out to a room filled with thousands of people. The show opens with ‘Don’t Matter Now’ a hit from a couple of years ago and the lead single from ‘Staying at Tamara’s’ and, as the night progresses, the audience is treated to songs from ‘Wanted on Voyage’ as well as his latest album.

In regards to his hit album, George talks about how he came to stay with Tamara and the journey of how the album came to be. George has an incredible voice, and it no surprise that due to phenomenal demand extra dates had to be added to the tour.

With a confidence that has definitely grown over the last couple of years, George put on a stunning performance in Leeds, engaging with the crowd with funny stories in-between belting out his biggest hits to date and, with a production to match, this is one show you don’t want to miss. 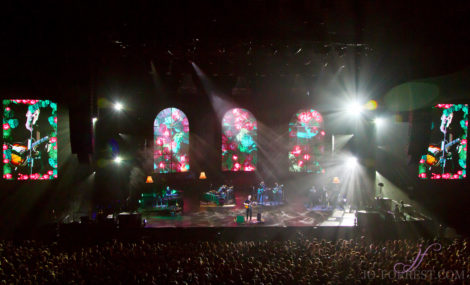 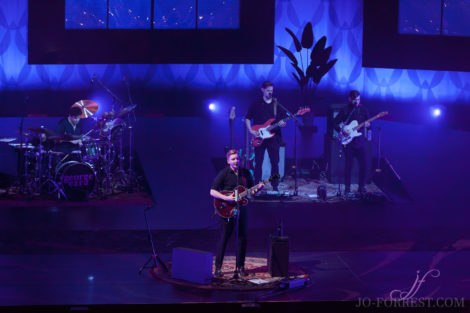