It was always going to be hard for Fusion Festival organisers to top last year’s event which was headlined by Mancunian pop superstars Take That but, looking down the line-up for the 2018 event, there was no doubting they’d pulled out all the stops to make sure that this year’s event had enough quality across the two days even landing Canadian superstar Shawn Mendes to close the weekend off.

Saturday
Saturday kicked off with London rapper Yungen instantly winning the hearts of the Fusion crowd by announcing Liverpool felt like his second home before also admitting that he’d been backstage before his set watching the Liverpool match on TV. Raye who had recently been seen on tour supporting pop celeb Rita Ora was also all smiles as she treated fans to her honest, emotional songs. The quality kept coming as a former finalist of TV show The Voice, Becky Hill, got the filling field bouncing from front to back, even going as far as scolding those with the more expensitve tickets for not dancing enough. By the time MNEK (pronounced M-N-E-K) took to the stage, accompanied by a troupe of dancers, temperatures increased under the afternoon sun before DJ Sigala brought pyrotechnics and confetti and a hat full of bouncing tunes to the event even going as far as making sure he grabbed a selfie with the crowd for his Instagram profile.

As we head into the latter part of the day, the Otterspool promenade was packed out with pop fans with electronic three-piece Disciples setting things up nicely as we head into the heavy-hitters of the bill. First up was a cut-down version of Clean Bandit with the group missing violinist Grace who was unable to perform due to sickness. Female favourite Jesse Glynne took to the stage at Fusion ahead of her upcoming UK arena tour later this year and put on a truly illuminating performance (despite issues with the lighting engineer) treating fans to a flawless set. Make sure you grab a ticket for those Arena dates if you don’t want to miss something that, on this evidence, promises to be magnificent.

This just left French DJ sensation David Guetta to bring the night to a thumping finale. All smiles backstage mere minutes before he took to the stage, Guetta made sure day one went out with a bang as he put on the kind of pyrotechnic-drenched performance that had the Fusion crowd dancing the night away.

After an impressive day one of Fusion Festival, organisers wheeled out the pop big guns for day two kicking off with the superb Grace Carter who we last saw supporting Mabel a few months ago and is just oozing with confidence as she performs in front of a growing crowd.

Elsewhere on the second day it’s all about the girls as Ally Brooke, formerly of American girl-band Fifth Harmony makes not only her debut in Liverpool but her first ever solo show in the UK. As you can expect Brooke is suitably excited to be in Liverpool putting in a performance packed with energy-sapping dance routines. Louisa Johnson is equally is excited to be onstage at Fusion and certainly raises the heat with some sizzling dance routines and, as if Fusion needed it, Swedish pop-siren Zara Larsson certainly makes sure she has got the attention of everybody in the arena with a top class performance.

Apart from red-hot dance routines, day two of Fusion has plenty more to offer the young audience. Mischevious DJ Jax Jones joins the fans up close during his set and is all smiles backstage after his hugely popular set while every time the hosts mention the name of a certain young boy band who are playing later in the day, the screaming increases a decibel or two as Tristan and co prove to be a very wise choice of special guests.

Speaking of special guests, organisers gave fans a little bit of a treat mid-afternoon with the appearance of former frontman of The Wanted, Max George. As the shaven-headed singer strode out onto the stage, it became clear his appearance was a hit with the young crowd some of whom were close to tears as he took to the stage to perform his new single amongst other tracks.

Still, not quite as popular as The Vamps though who delivered the kind of high-energy performance that has them packing out arenas across the UK tour after tour. It’s a fun-packed, energetic set from the band who show, yet again, why they’re not only one of the more popular boy bands currently doing the UK rounds but also one of the better ones.

As we head into the final leg of Fusion Festival 2018, the hugely popular James Arthur puts in another impressive set smashing through the likes of “Impossible” to a crowd who love every minute of it. Following the former X-Factor winner when he is on this kind of form is no easy task but synth-pop band Years & Years put in simply stunning show. At times maybe a little too hot to handle for some of the younger members of the crowd but, courtesy of tracks like “Sanctify”, it’s one that certainly has your attention from the moment they hit the stage.

The night ends with the man a packed out Otterspool Promenade have been waiting for, Shawn Mendes who gives his fans everything they want. Returning to the UK off the back of a hugely successful arena tour here earlier this year, the young singer-songwriter is simply faultless. From his infectious smile to his likeable personality to his easy on the ear material, listening to tracks like “Lost In Japan”, “Youth” and, of course, “In My Blood”, Mendes shows why his music is on regular rotation of mainstream radio and, why, when he returns to the UK for another arena tour in 2019, it will be one of the hottest tickets around. 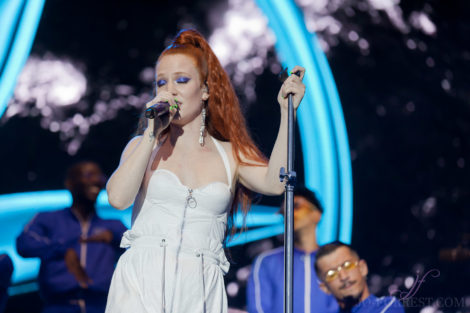 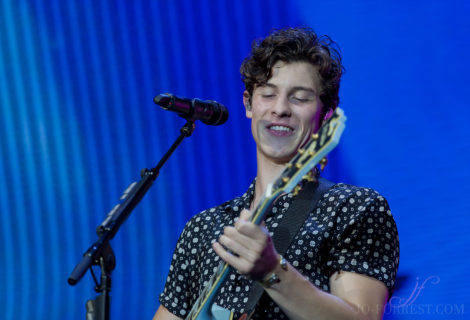 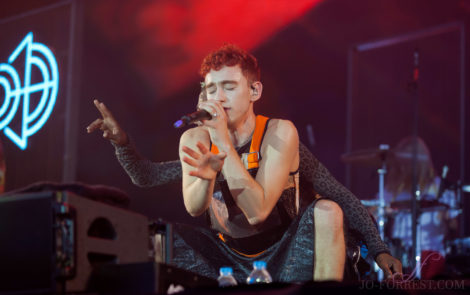