Having done over 2,000 gigs to date, something he announces to the crowd as he welcomes them in after opener “Out Of Breath”, folk punk rocker Frank Turner is a veteran at this gig thing now and, because you can rely on the man not to disappoint, those fans still excitedly flock to see him even after two thousand shows.

Singer songwriter Gracie Peters kicks off the night and we arrive just as Arizona rockers Jimmy Eat World are taking their turn at warming up the crowd. Undeniably a popular choice for support their energetic set is well received by the crowd but you always get the feeling that this crowd have got one eye on the clock for the moment their hero returns to Yorkshire.

“We’ve just played two brilliant nights in Manchester,” goads Turner to the expected boos from the crowd before laughing, “it’s great, I get to tour the country whipping up regional hatred!”. With a couple of thousand gigs under his belt, watching Frank bounce about the stage, it’s hard to deny that he is an expert at this live thing and, while his announcement that “this is a punk rock show” to an arena-sized crowd might not sit well with those who’ve followed him since his punk rock days, it is essentially, aside from a few ceiling singing pyros, just him, his band, a bunch of his favourite songs and a load of friends.

Admittedly the number of friends has rocketed over the years but the principal is the same as they sing and dance the night away to the likes of “1933”, “Be More Kind” and “Four Simple Words”.  It’s been a long time since gig number one started Frank Turner on this meteoric journey but, judging by the grin on his face, he’s still enjoying this as much as he did back then as did a few thousand fans dancing their feet off with him on this cold Sunday night in Leeds. 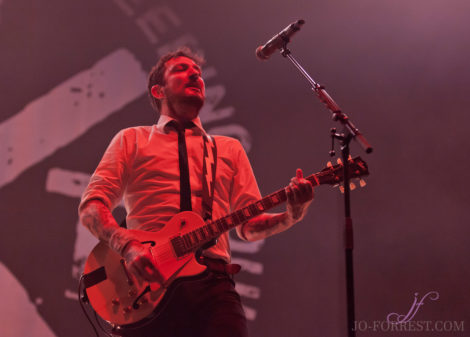 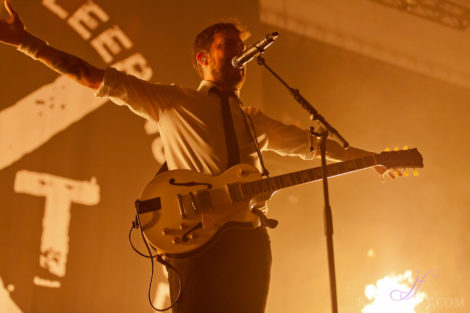 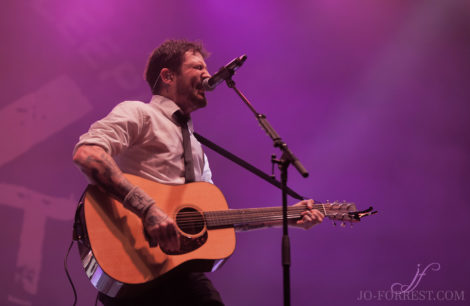