One of the biggest musical cultures of the ‘90s was undoubtedly the rave scene, a culture some believe was partly responsible for bringing football hooligans off the terraces and into the night clubs along with its headline-grabbing connection to the drug Ecstasy. A controversial culture played out to a soundtrack of hard-hitting beats under blinding lights, one of the icons of the scene was none other than Norman Cook, aka Fatboy Slim who, even to this day, still draws in masses of fans as we found at the Manchester Arena where Cook helped fans relieve those rave heydays.

Following ear-pummelling sets by DJ’s Cousn and Eats Everything, Manchester was clearly ready to rave as Cook took to his decks set up on an “in the round” stage dropped right in the middle of this pumped-up crowd. From underneath massive LED screens, the first beats dropped, a blast of confetti filled the air signalling it was time for Manchester to rave and rave they did. Yes, this crowd may well have been older but, for one night only, this crowd was only concerned with one thing and that was throwing the kind of shapes seen across nightclubs worldwide in the 90’s.

The venue was illuminated by a stunning laser show, the air was filled with confetti and the dance floor was a sea of dayglo lights as it felt like this crowd had left every single one of their daily stresses and worries at home tonight summed up perfectly when nearly eight thousand ravers lost their rave-riddled minds to hit track Right Here Right Now. The stage revolved, lasers lit up the arena, pyrotechnics surged up from the stage and, overseen by one of the cultures most iconic figures, Manchester raved like it had never raved before! 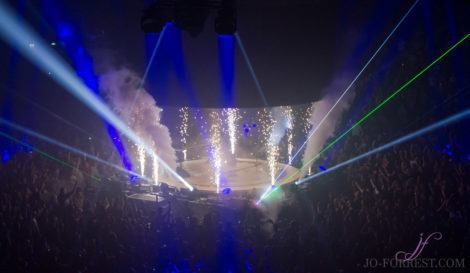 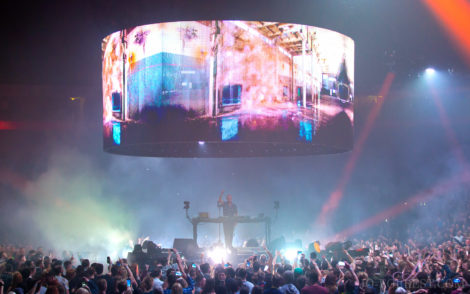 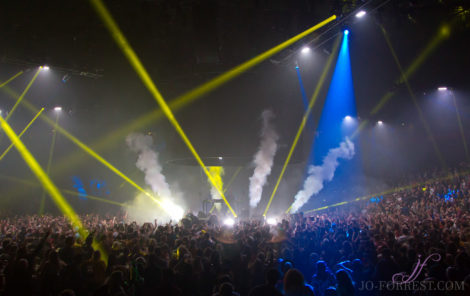