There was a heavy air of excitement as the crowd waited for Fall Out Boy to appear on stage at the Manchester Arena. The American Pop/Punk/Rockers were last here in 2015 and tonight the arena was packed with excited fans as they were about to show the crowd that this show was one they would remember forever.

They have been around for quite a while now, forming in 2001 they released their debut album 2 years later. Having had one of their songs feature in the huge animated movie Hero 6, they have since gained an army of younger followers. The stage doesn’t initially appear all that elaborate but the simple backdrop with its visually stunning displays were really effective and then we have the usual pyrotechnics added to the mix and the whole show became spectacular feast for the eyes.

Unlike the last time this stage had a runway which is always great for getting a band out into the crowd so to speak, which they did straight from the off. Midway through the show saw the bassist Pete Wentz and and guitars Joe Trohman perform an acoustic session that sees them a little closer to those that are at the back of the arena.

An incredible drum solo was performed by Andy Hurley this lead straight into Dance Dance suspended across two platforms and the crowd were back in a frenzy dancing and singing along.

Fall Out Boy performed an impressive 23 song set  with a four song encore much to the delight of the fans, but then with seven albums under their belts they have quite a catalogue of songs to choose form.

Against The Current supported Fall Out Boy and although they are still in their infancy with only one album to date they still managed to command the stage as well as any seasoned performer. 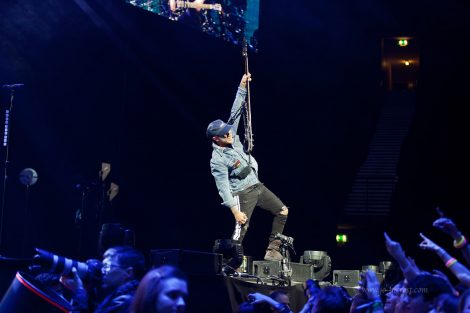 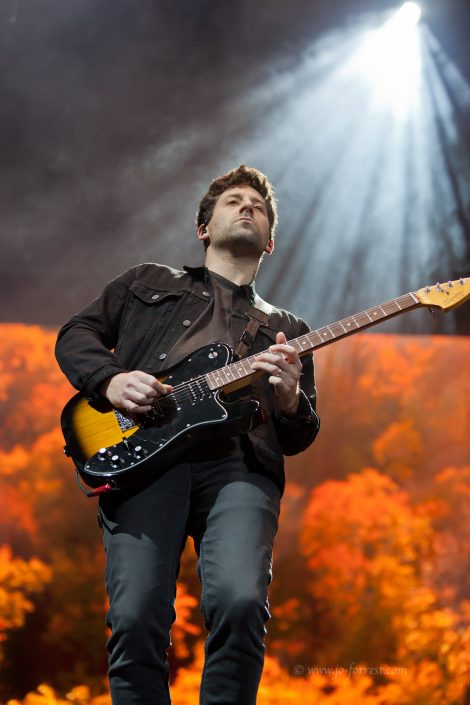 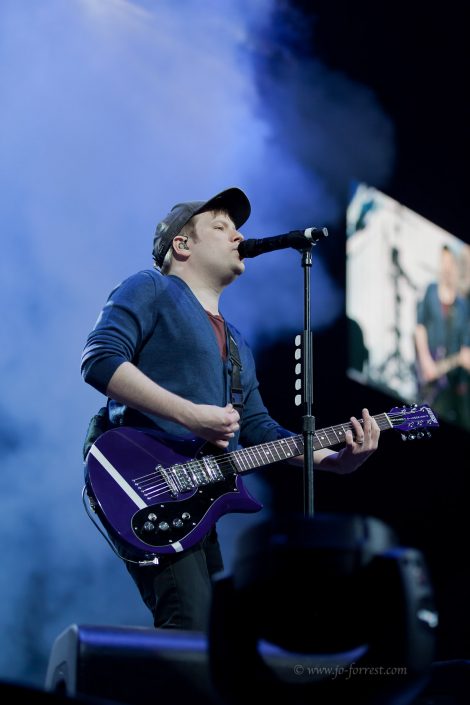