It is 25 years since I last saw Erasure live, so I was more than a little excited to see them again. I had heard them supporting Robbie Williams last year on his tour and the crowd went wild, and tonight was no different. It is clear after all this time they still have a huge hardcore fan base.

With a huge back catalogue of hits, this was going to be a night filled with a lot of dancing and singing. It can’t have been easy trying to decide which hits they were going to leave out of their 2 hour set. With so much to chose from over 30 years of constant recording and 17 studio albums someone is bound to be disappointed that their favourite song wasn’t included.

An interesting stage set up saw Vince Clarke on top of a platform surrounded by neon lights and the rest of the stage reminded me of neon picture frames. The night opened with Andy Bell appearing on stage in a jacket that looked like it had had wax poured all over it. First up was Oh l’Amour and the crowd was off, this was followed with Ship of Fools and the pace for the night was set.

With a mixture of all the old favourites combined with newer material, Erasure made sure there was something for everyone. All their greatest hits were there, Blue Savannah, Sometimes, Ship of Fools and many, many more. It is clear Erasure have been responsible for some absolute classic pop songs. You can’t help but find yourself singing and dancing along as hit followed hit.

A fun filled nostalgic evening was brought to a rapturous end with an encore of A Little Respect and then sadly the night was over for this Liverpool crowd.

Erasure were supported by Bright Light Bright Light an interesting and great 30 min set filled with pop synth dance during which Rod Thomas  in his multicoloured day-glo suit tells us how honoured he felt to be on tour with Erasure. 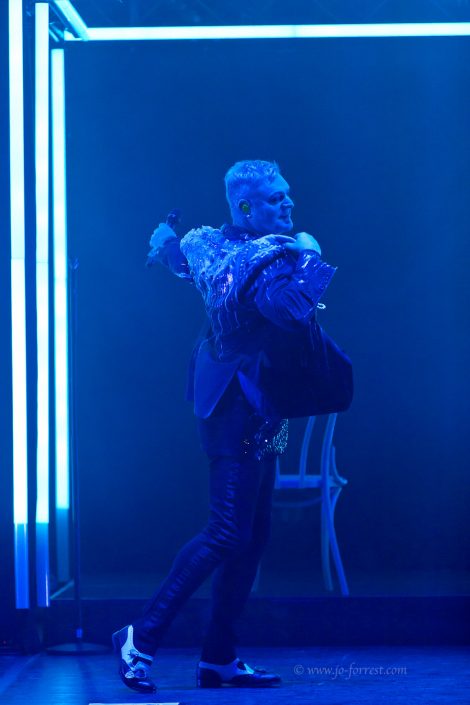 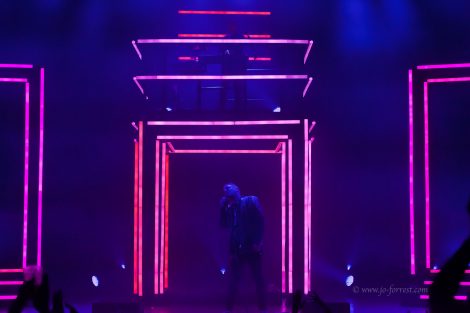 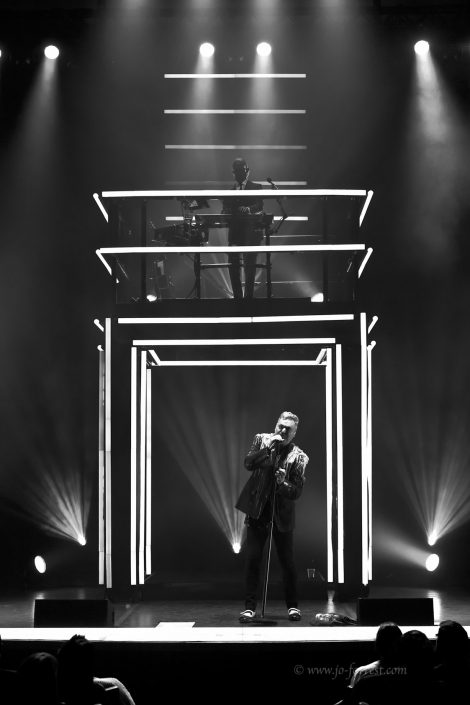