Ellie Goulding played the second night of her uk tour to a packed Echo Arena on Thursday 10th March. Ellie emerged rising above the stage on a a central platform hidden from view by huge gold curtains dressed in leather hot pants. From there on in the crowd were treated to various dance routines and several costume changes with a mixture of previous hits and new material from her album and an impressive lighting display. Ellie showed her skills on both an electric and acoustic guitar and well and her drumming skills.

For one section she knelt on the floor whilst singing Explosions and the floor slowly mover her forward from the main stage along the platform the the end on the centre stage. Following a couple of songs here, Eliie disappeared from view and was replaced by two dancers perfuming a duet at the front of the stage.

It was an energetic performance for the pop star who had, less than 24 hours previously announced her decision to take some time out from music following her split from Dougie Poynter of McFly.

The night ended with possibly on of Ellie’s biggest hits to date from the film 50 Shades of Grey, Love Me Like you Do and had the crowd on their feet joining in. 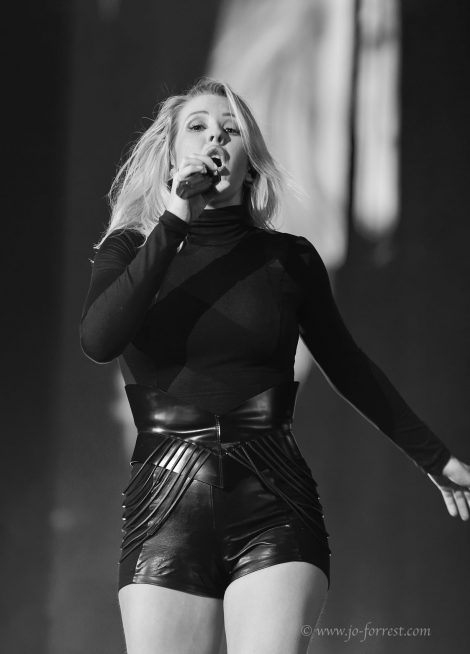 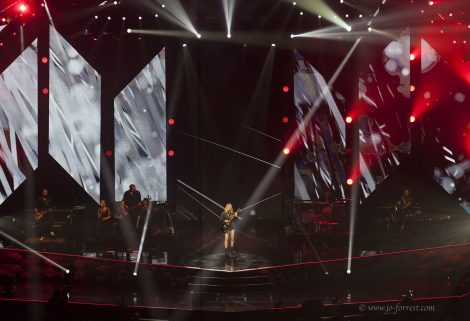 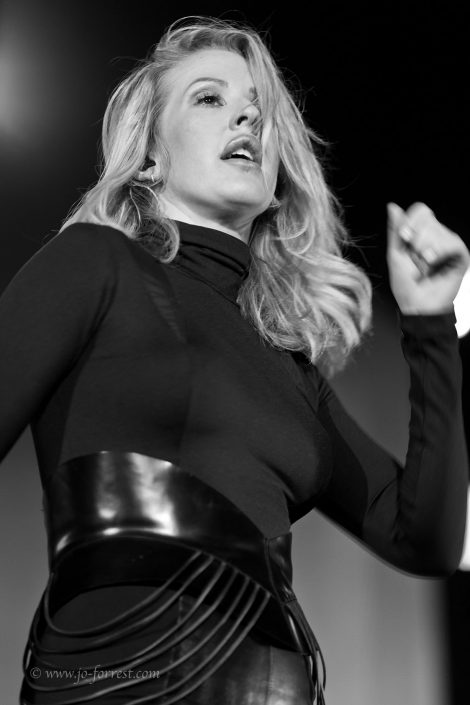