Circus of Horrors brought its new show Voodoo to the Liverpool Empire. With new acts and a new storyline, this show knows how to captivate its audience and tonights show did not disappoint. I have seen this show a few times before so I was well aware of what to expect.

The beautiful setting of the Empire only seems to enhance the macabre display that unfolds before you. There is the usual acts you would expect from what is essentially a circus show on the stage, mixed with some more unusual less traditions acts. Voodoo dolls and really creepy things dressed up in sacks that have replaced the equally creepy clowns from previous shows that danced around the stage. There are amputations, decapitation, nudity and things done with a Henry Hoover that will make you see that innocent smiling face in a completely different light.

Dt Haze does all of the singing in this show supported on stage with a live band. There is the humorous Camp Dracula who walks through the audience generally being offensive and posing for selfies. As well as all the usual effects that one would expect from a show like this, including smoke and fireworks, not necessarily where you would expect them to be though!

I am not going to lie, the storyline to this show comes second to the acts. It is easy to forget at times that there is an actual story going on between the random acts of talented performers that grace the stage. However, this doesn’t make the show any less enjoyable. It is a visually great show to watch, it is funny and nail bitingly tense at times as some of the acts perform incredible feats of strength and dexterity. This show is not for children and if you are easily offended then this is not the show for you.

The Circus of Horrors are currently on tour around the UK with Voodoo, for more information and tour dates visit www.circusofhorrors.co.uk. 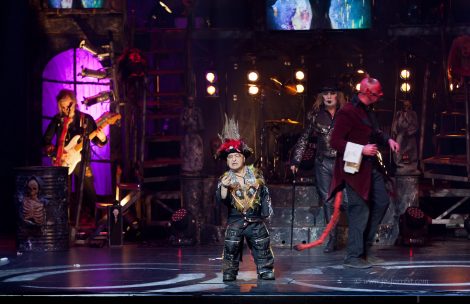 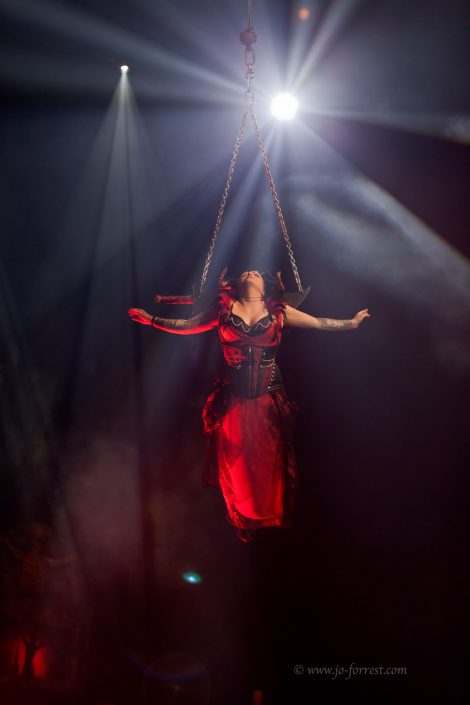 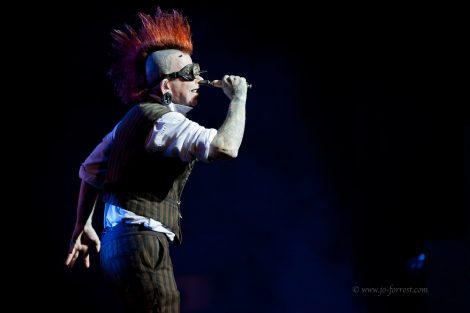