The amazing weather we’ve had for what seems like forever finally came crashing down around us when two days prior to tonight, fans were left hugely disappointed as James Arthur’s scheduled appearance at Scarborough Open Air Theatre was pulled at the eleventh hour. Although, thankfully, while Bastille’s debut in Scarborough suffered another torrential downpour (luckily without the lightning storm), nothing was going to stop this being a fun Saturday night.

And fun is something you can’t stop Irish folk-duo Hudson Taylor from having judging by the grin on the face of frontman Harry Hudson-Taylor. Airing tracks from their Singing For Straingers EP along with tracks from their upcoming EP, Feel It Again, including the title track and Easy Baby, Harry and his brother Alfie’s bouncy, airy folk-rock helps keeps the bad weather at bay all while winning them a bunch of new fans.

Even the rubbish weather hasn’t stopped fans turning out in their droves for the debut appearance at Scarborough Open Air of London indie-pop band Bastille. Looking to be having the time of his life by the seaside, Bastille frontman Dan Smith bounces around the stage as the band pump out track after track of their electro-tinged indie pop. Joking that “most of our music is quite depressing” before World Gone Mad, Smith has an endless amount of energy matched by a drenched crowd who aren’t going to let a little thing like a rainstorm ruin their enjoyment of the night.

Having battled through the likes of Bad Blood and Quarter Past Midnight, the night ends on a high with Pompeii and a very impromptu marriage proposal from a fan in the crowd who, having managed to battle through security, got a yes from his stunned partner. While the weather may have done it’s utmost to ruin the night, Bastille and their fans tonight proved they’re made of much stronger stuff! 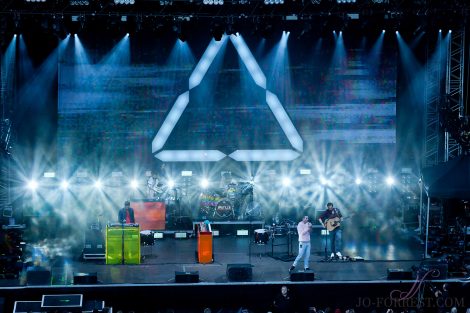 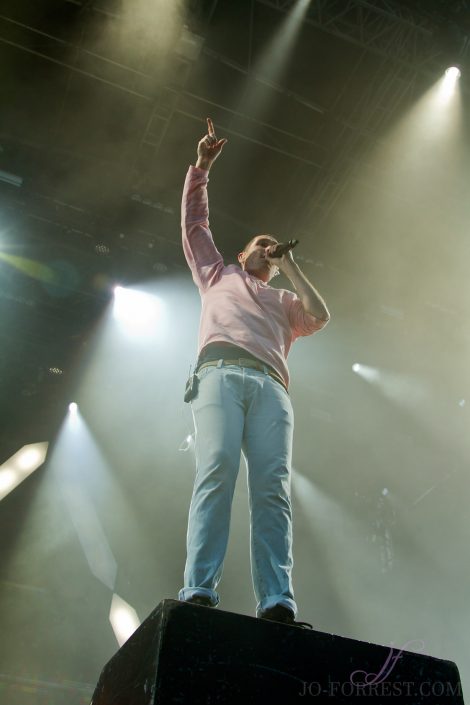