As much as it is impossible to dislike Lewis Capaldi, it’s equally as impossible to ignore the headliners Bastille who’s visually dramatic backdrop illuminates the venue as a barrage of images and lyrics flash up throughout the set. Kicking off the show from behind a curtain, you’ve got to hand it to Bastille, they certainly know how to grab your attention.

Now, having only witnessed Bastille in outdoor venues to date, it’s clear that in their own environment with the chance to put on their full production, the Bastille show comes into its own. The electro-indie favourites kick off their set with Wild World before peppering the rest of the set with tasters from their upcoming album “Doom Days”. The band make a simple entrance with frontman Dan Smith illuminated by one white spotlight before things kick into life and Manchester gets swallowed up in this visually stunning experience.

Bringing out opening act singer Moss Kena for the Craig David contribution to “I Know You”, Bastille and Smith in particular are soon in full flow with “4am”, “World Gone Mad” and “Pompeii” just some of the audio highlights of an impressive set which sees old and new collide with Smith and his bandmates demonstrating that while the rest of Britain is currently flushing itself down the pan, the British music scene is not only alive and kicking but more exciting and powerful than ever! 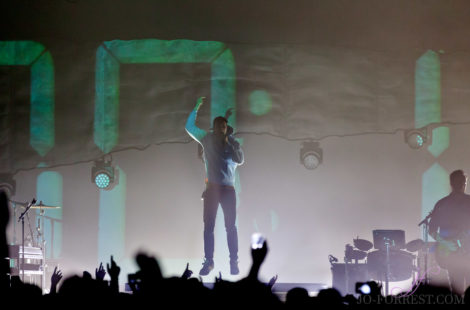 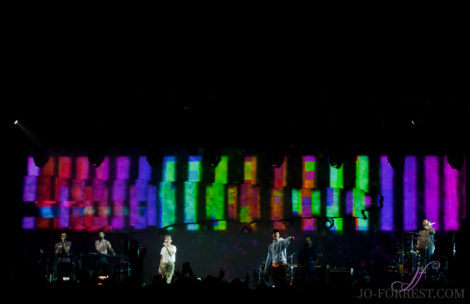 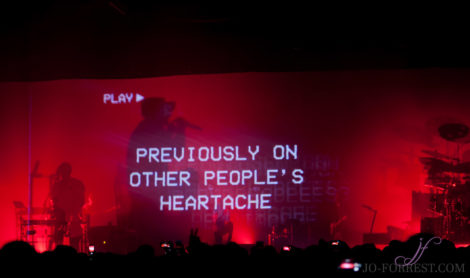